Msgr. Tom Orsulak, Pastor at St. Peter the Apostle Parish in Reading, finds meaning in his vocation to the priesthood primarily through the celebration of the sacraments. 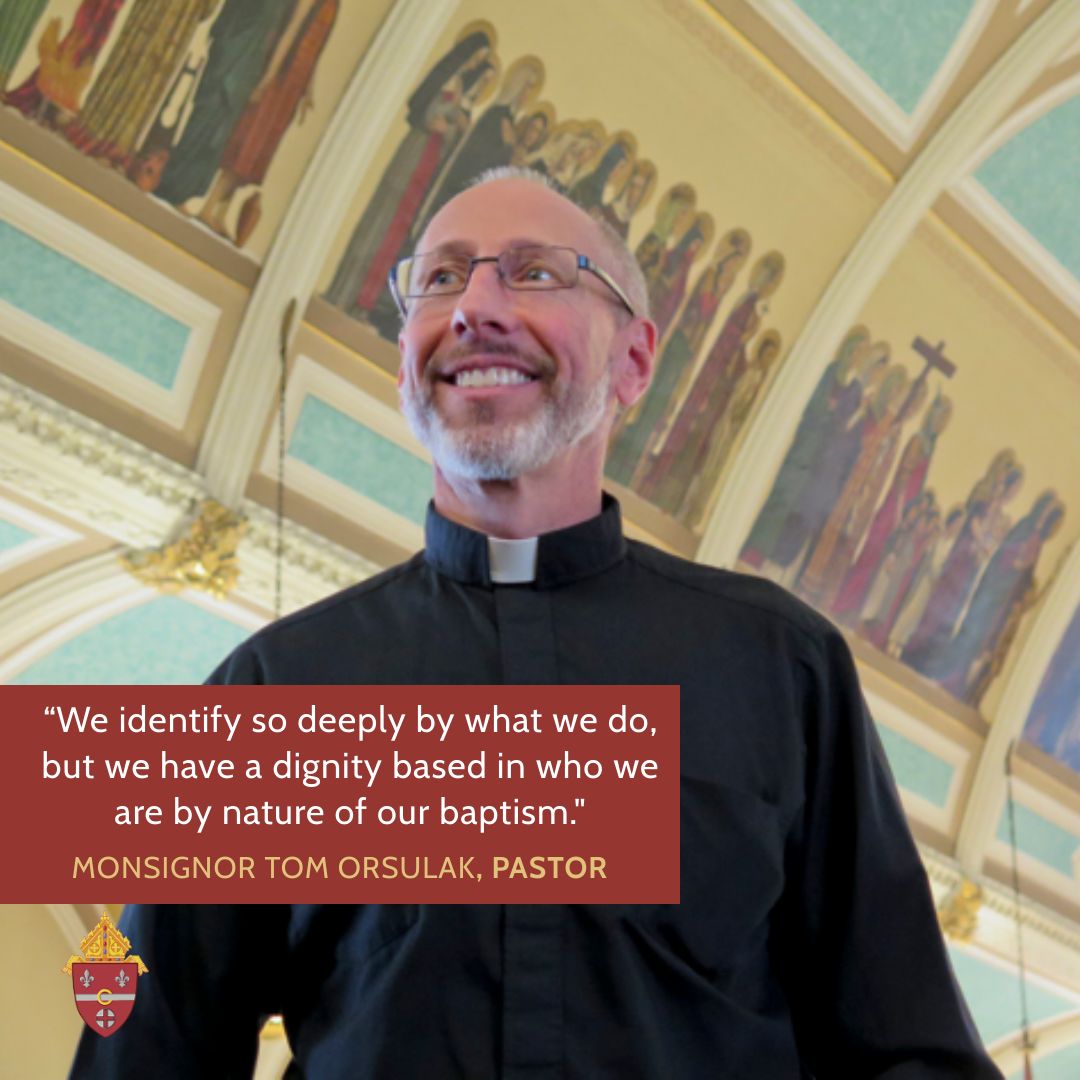 “It’s a very sacred encounter between God and the person receiving the sacrament,” he said. “I get to be the conduit.”

During his seminary formation, Msgr. Orsulak spent four years in Rome, where he learned to speak Italian. It was a gift for learning languages that eventually led to his passion for Hispanic Ministry. In his early priesthood, he was asked to celebrate a Spanish Mass. Because he was fluent in Italian, he knew he would be able to read the Mass, and accepted the assignment.

“I fell in love with it, and really felt that I needed to use that gift,” he recalled. “I loved being in a multicultural environment."

As a priest, Msgr. Orsulak’s work is deeply connected to his identity. “We identify so deeply by what we do, but we have a dignity based in who we are by nature of our baptism,” he said. “I need to remind myself of the dignity that I have first as a Christian, and then another layer of dignity as a priest.”

This recognition of dignity is an important message that Msgr. Orsulak conveys to those he serves through his priesthood. “In reminding others of their own dignity, it’s important to speak to them with respect,” he said. “I remind them that they are sons and daughters in the Father’s house, not slaves in that house.”

While it is at times challenging to keep up with the needs of a parish community, Msgr. Orsulak focuses on how he can best serve the person that God has placed before him at a given moment.

I try to help people one by one and hopefully it has a ripple effect,” he said. “While I can’t save the world all at once, or even just the city of Reading, it’s about finding the small ways of being present to the person right in front of me.

Reflecting on his vocation, Msgr. Orsulak used a quote from Fr. Pedro Arrupe: “Nothing is more practical than finding God, that is, than falling in a love in a quite absolute, final way. What you are in love with, what seizes your imagination will affect everything.”