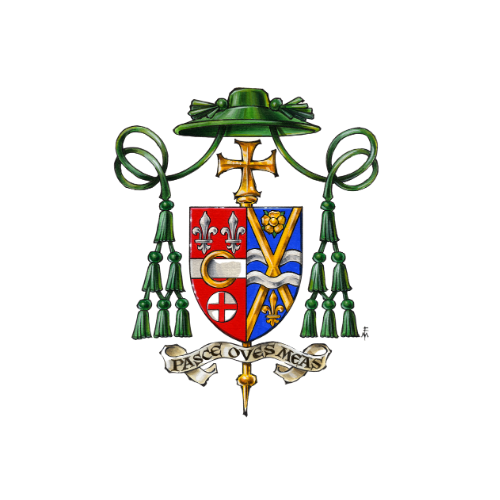 Bishop Alfred A. Schlert was born to Alfred and Marylou Schlert in Easton on July 24, 1961, and was educated at St. Jane Frances de Chantal Elementary School, Easton and Notre Dame High School, Easton. He prepared for the Priesthood at St. Charles Borromeo Seminary, Philadelphia, the Pontifical Roman Seminary, Rome and St. John Lateran University, Rome. He was ordained a priest at the Cathedral of Saint Catharine of Siena, Allentown on September 19, 1987 by The Most Reverend Thomas J. Welsh, Second Bishop of Allentown. 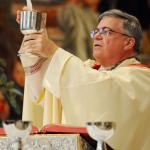 Bishop Alfred Schlert consecrates the Eucharist for the first time as Bishop of Allentown. (Photo by Ed Koskey) 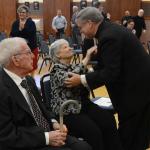