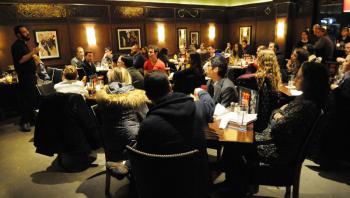 “Tolkien was a very deeply Catholic man. The Catholic faith was a big part of his identity and the sacrament was part of his everyday life,” said Father Christopher Landis, theology teacher at Archbishop Ryan High School, during Theology on Tap Jan. 15 at Bar Louie, Center Valley.

Landis presented “The Catholicism of J.R.R. Tolkien” and discussed his famous fantasy works “The Hobbit” and “The Lord of the Rings” with an estimated 50 adults.

He opened the informal discussion with biographical information about John Ronald Reuel Tolkien, who was born in South Africa before returning to his mother’s native England when he was 3 years old after the death of his father.

Upon their return his mother converted to Catholicism, which led to a rift with her family, who refused to offer her support as she coped with diabetes that claimed her life. At the time of her death, Tolkien was 13 and was cared for by Father Francis Morgan.

“One of my favorite quotes that he wrote about his difficult life speaks of the Eucharist. He wrote, ‘Out of the darkness of my life, so much frustrated, I put before you the one great thing to love on earth: the Blessed Sacrament … There you will find romance, glory, honour, fidelity, and the true way of all your loves upon earth,’” said Father Landis.

Tolkien then went on and enlisted in the military and served during World War I, where Father Landis said his encounters with casualties and living in the trenches influenced his writings in major and minor ways.

“In his works, he is writing from a deeply Catholic point of view. ‘The Lord of the Rings’ is of course a fundamentally religious and Catholic work, unconsciously so at first, but consciously in the revision,” he said.

According to Father Landis, Catholic truths and themes in his works include that God can take evil and make it good, and that beauty can be drawn from sorrow.

“It is very much part of Catholic tradition to see beauty in the sorrow and suffering that the Blessed Mother endured at the foot of the cross. It is very Catholic in nature that evil cannot create. Evil is a deprivation of grace. Evil creatures in ‘The Lord of the Rings’ is actually corruption of some good,” he said.

He likened Gollum, a slimy, skinny creature who died in “The Lord of the Rings,” to the Catholic belief that evil always leads to self-destruction.

“Gollum was corrupted by his own greed. When we choose sin, we choose death. Greed destroyed him and he died by diving off an edge,” said Father Landis.

He also pointed to Melkor, the most powerful character who turned to darkness and became Morgoth.

“In his first battle, he is the strongest. But he begins to lose power over time as evil consumes him. He tries to burn himself alive. Despair causes him to light himself on fire,” said Father Landis.

Father Landis then discussed “eucatastrophe,” a word coined by Tolkien referring to the sudden happy turn in a story that pierces the reader with a joy that brings them to tears.

“It is a sudden glimpse of the truth. The resurrection was the greatest eucatastrophe ever. When things seem the bleakest, there is a turning point and good comes,” he said.

According to Father Landis, providence and despair versus hope are central themes in Tolkien’s books.

“Providence is something as Catholics we believe in. We believe God is always at work. In ‘The Hobbit’ we see valor is working for good. In ‘Lord of the Rings’ we see that everything hinges on providence,” he said.

“And despair versus hope is key to the Catholic faith,” he said.

Next in the Series

The next monthly Theology on Tap, “Protecting the Pope: What We Knew Then, What We Know Now,” will be Monday, Feb. 12 from 7 to 9 p.m. at Bar Louie, Promenade Shops, 2960 Center Valley Parkway, Center Valley

Father Frederick Riegler, pastor of St. Isidore, Quakertown, will speak about his experience assisting the Secret Service in their protection of now St. John Paul II during his 1979 visit to Philadelphia.

Father Riegler’s testimony will touch on the 1981 assassination attempt and what we know now about the parties who threatened the safety of St. John Paul II during his papacy.

Theology on Tap is a monthly series sponsored by the Diocesan Office of Youth, Young Adult and Family Ministry (OYYAFM). The series is designed to welcome all young adults, single or married, together in a casual setting where they can grow in the faith and share community with one another.

Event is free of charge. Food and beverage can be ordered from the menu. For more information, click here. 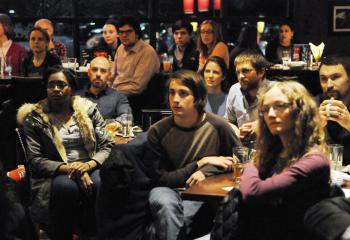 Adults listen to the discussion during the monthly Theology on Tap. 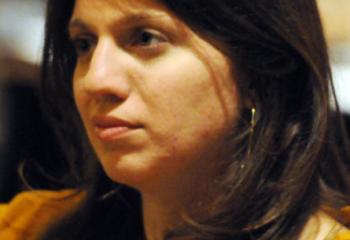 Cassie Boccardi, parishioner of St. Elizabeth of Hungary, Whitehall, listens to the discussion focusing on the fantasy books written by J.R.R. Tolkien. 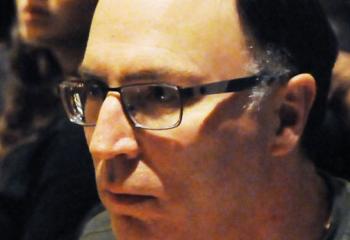 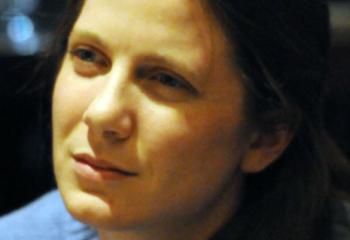 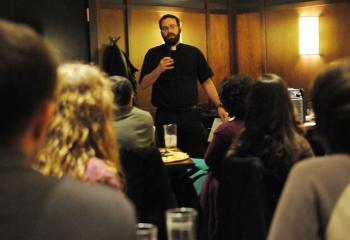 Father Landis answers a question about “The Hobbit” and “The Lord of the Rings” during the informal discussion.