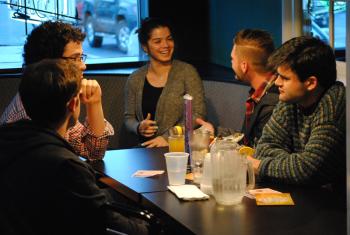 “Salesian spirituality is a way of life that developed between St. Francis de Sales and St. Jane Frances de Chantal. They had an incredible friendship based on spirituality,” said Father Timothy McIntire, April 16 during Theology on Tap at Hops at the Paddock, Allentown.

He opened the discussion with a brief overview of the extraordinary spiritual friendship between Francis de Sales, Bishop of Geneva and Jane de Chantal, wife, mother and later a nun who founded a religious community.

After Francis de Sales developed a friendship with Chantal’s brother, André Frémyot, Archbishop of Bourges, Chantal sought him out as a spiritual mentor to guide her through the turmoil of losing her husband.

Though they were people with very different life experiences and circumstances, their friendship emulated how the lives and holiness of these two saints are interconnected, and how their spiritual friendship spurred them to achieve great things.

“After her husband was killed, she had to live with her brutal father-in-law. If she were alive today, she would be a CEO of a company,” said Father McIntire.

Riggins then discussed the radical ideal of Salesian spirituality that occurred between 1500 and 1600, and said people who loved God at that time became priests or nuns.

“Everyday persons didn’t think about having a relationship with God,” she said.

“No matter who you are or what state you are in – you are called to holiness and a relationship with God,” stressed Riggins.

As a wife, mother and campus minister, Riggins said she is called to be in relationship with God and through those facets of life.

“It’s not about becoming a monk. Francis’ message told everyone to relax and to have a relationship with God where you are at right now in your life. Francis tells us to ‘bloom’ where we are ‘planted,’” she said.
When it comes to virtues, Father McIntire told the young adults that no virtue is stronger than gentleness.

“Francis purposely practiced gentleness and meekness because he struggled with anger and anxiety. When we think about weakness, we relate it to being spineless, wimpy or sneaky. From Francis’ perspective, weakness was about the power to remain calm, level-headed and being patient through upsetting times,” he said.

“We all have crosses to carry and we all have imperfections – don’t deny them – embrace them. Don’t let weaknesses or sinfulness define you. Salesian spirituality is about practicing the virtue that opposes it,” said Father McIntire.

“We have routine in our lives. Rarely do we experience big moments of courage. Francis gives us ‘intention’ and ‘passion.’ With intention, we are fully there and give our full attention to that intention,” she said.

As people utilize their virtues, Riggins pointed out that passion will bring life to everyday tasks and encounters.

“Francis’ most famous quote is ‘Be who you are and be that well,’” she reminded the young adults.
Father McIntire closed out the discussion by noting that St. Francis de Sales was one of the greatest Christian humanists in the history of the Catholic Church.

“He knew we were created in the image and likeness of God. We are salt of the earth. We are light to the world,” he said.

“St. Francis de Sales understood that we have the capacity to live and love Jesus. We can reflect Jesus – but we have to live intentionally,” stressed Father McIntire.

Theology on Tap is a monthly series sponsored by the Diocesan Office of Youth, Young Adult and Family Ministry (OYYAFM). The series is designed to welcome all young adults, single or married, together in a casual setting where they can grow in the faith and share community with one another. 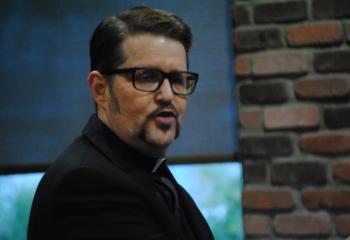 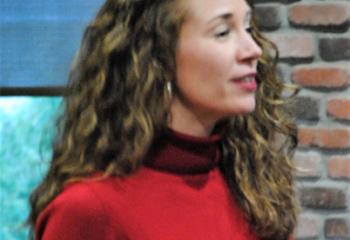 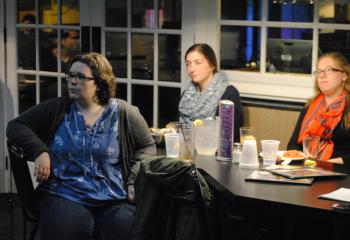 Young adults listen to quotes from St. Francis de Sales and how to life ordinary life in an extraordinary way. 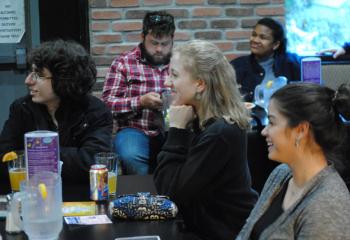 Young adults listen to ways to adapt Salesian spirituality into their everyday lives.