Transitional deacon to be ordained on Saturday

46 year-old Juan E. Rodriguez is the son of Eduardo and Juana Rodriguez of Allentown.  Born and raised in the Dominican Republican, Rodriguez was educated in public schools there. He graduated from the University of Santo Domingo in 1997 with a degree in graphic design.  Rodriguez immigrated to the United States after college. Before entering the seminary, he worked in warehouses, was a Catholic school teacher and a graphic designer at a television station.

Rodriguez has been preparing for the priesthood since 2014, first at St. John XXIII Seminary in Weston, Massachusetts and currently at Mount St. Mary’s Seminary in Emmitsburg, Maryland. He is a member of St. Paul Church in Allentown

As a transitional deacon, Rodriguez will spend the next year sharing God’s word, bringing Viaticum to the dying, celebrating funerals, assisting with and blessing marriages, baptizing, instructing people in the faith and performing works of charity before being ordained a priest next spring. 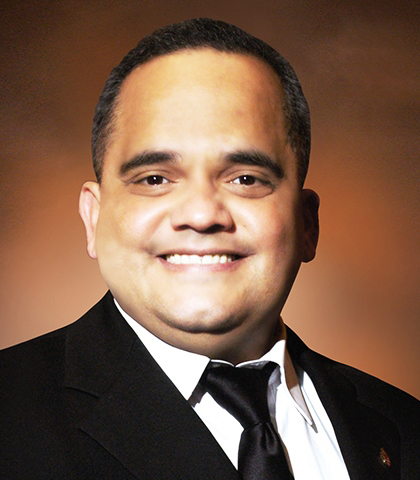