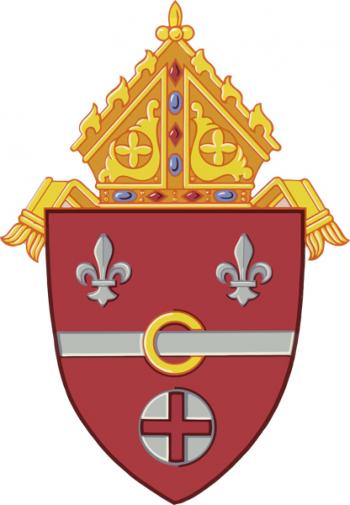 The Independent Oversight Committee has released an interim report on the Independent Reconciliation and Compensation Program, which is funded by the Diocese of Allentown to provide compensation for victims of clergy sexual abuse as one aspect of their healing.

The committee had planned to wait until all claims were processed and all offers were made before providing information publicly. However, because many of the applications were received near the end of the program, causing a delay in processing, the committee decided to provide an interim report in the interest of transparency.

Here is the status report provided to the Diocese of Allentown by the Independent Oversight Committee:

“As of January 2, 2020, 47 applicants have received compensation or compensation offers in the amount of $8,975,000.  No compensation offer has been rejected. Another 56 applications remain under consideration and review by the Independent Program Administrators who have not informed the Committee of a completion date. Please note that one application has been transferred to another Diocese. The IOC will issue its final Report when the Independent Program Administrators have fully completed their assessments.
The Independent Oversight Committee,
by Edward N. Cahn, Lisa Garbacik, Rich Grucela”

Here is some background on the Independent Reconciliation and Compensation Program:

The program is administered completely independent of the Diocese by Washington D.C.-based Attorney Kenneth Feinberg and his colleague, Camille Biros, who have a national reputation for fairness and independence in compensating victims of clergy sexual abuse and other tragedies. It was open for applications from April 23, 2019 through Sept. 30, 2019.

To help ensure autonomy, the Independent Oversight Committee operates without influence or control from the Diocese of Allentown. The committee oversees and periodically reviews the implementation and administration of the Independent Reconciliation and Compensation Program. It is chaired by The Honorable Edward N. Cahn, former Chief U.S. District Judge for the Eastern District of Pennsylvania now retired. Other members are Lisa B. Garbacik, Executive Director of Human Resources and Title IX Coordinator at Cedar Crest College; and The Honorable Richard Grucela, former State Representative for District 137 in Northampton County, Pennsylvania.

The Diocese set aside millions of dollars for victim compensation by borrowing money, by the sale of unused property to repay the loans, and by using available cash.

No parish or school assets, and no money donated to the Bishop’s Annual Appeal, are used for victim compensation. Current and future collections at parish Masses also will not be used for the fund.

The program is providing victims with prompt compensation, without the need for the uncertainty of years-long litigation. Applying to the fund was voluntary, and victims are not required to accept offers made by the administrators.
Providing funding for the program has placed the operations of the Diocese under severe financial stress. Nevertheless, the Diocese is working diligently to continue its pastoral and charitable mission for the communities in its five counties: Berks, Carbon, Lehigh, Northampton and Schuylkill.

Anyone who knows of an incident of abuse, in the Church or elsewhere, should report it to the State ChildLine at 1-800-932-0313 or to local law enforcement. To speak to the Diocese of Allentown’s Victim Assistance Coordinator, please call her direct line: 1-800-791-9209.