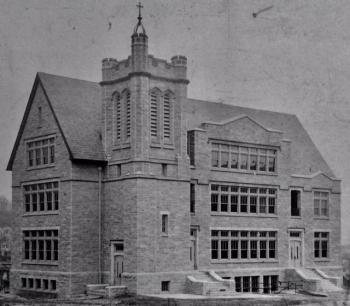 The year was 1919. Civil War veterans were still alive, and men were going to O’Reilly and Refowich’s clothing stores on Third Street in South Bethlehem to buy suits for $25. Children went to the Palace Theater on Third Street to watch Charlie Chaplin movies; admission was 10 cents.

On Oct. 21 Archbishop of Philadelphia Dennis Dougherty announced a new parish in Fountain Hill, including portions of South Bethlehem and Salisbury Township.

This year St. Ursula is wrapping up its centennial with a Mass celebrated by Bishop Alfred Schlert Sunday, Oct. 20 at 2 p.m., followed by a Gala Dinner at DeSales University Center, Center Valley.

The church holds nearly 700 people, and the parish would like to see many former and current parishioners at the liturgy.

The Bishop will attend the gala, which is only for patrons who have already purchased tickets. A scrolling picture presentation of the past 100 years of St. Ursula will be screened at the gala.

Other anniversary events this year included a kick-off Mass Oct. 21, 2018; live Nativity and dramatic Stations of the Cross performed by the CCD children; a three-day parish mission; wine and cheese social presented by the Women’s Guild; the 96th consecutive Holy Name Breakfast; ice cream social for the children; and a parish picnic.

According to “The Diocese of Allentown: A History” by John Hanley, the first Mass was celebrated in a private dwelling Nov. 30, 1919. In December a large garage was leased and made into a chapel for worship until the church was built.

In May 1922 the parish purchased a plot of ground to build a church and school. The church was dedicated with a Solemn High Mass June 23, 1923.

In 1966 construction began on a new church next to the old building. Bishop Joseph McShea dedicated the church May 30, 1967 and consecrated it April 10, 1976.

According to Redding’s history, the Sisters of St. Joseph taught at St. Ursula School for 59 years, until June 1982. Of the last four, two were parish daughters: Sister Joanne Morganello and Sister Nativity McNamara.

Redding also noted that for more than 40 years, card parties were the parish’s major fundraisers – and social events for parishioners.

Before the parties, women of the parish went door-to-door selling chances for 25 cents. During the Depression years, it was hard to sell them.

The first card party was in winter 1920. The next card party, also a dance, was May 7, 1920. More than 1,200 persons crowded into the Coliseum on Broadway in South Bethlehem to attend.

“The parish of St. Ursula is still a vibrant, friendly and faith-filled Catholic community today in Fountain Hill, and it welcomes all who would like to be part of this community, nourished in the Catholic faith,” said Deacon David Rohner of St. Ursula. 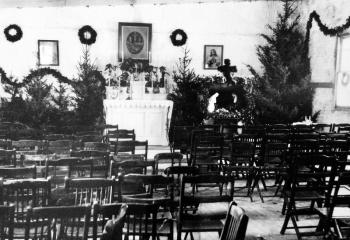 The first Christmas at St. Ursula, when Mass was celebrated in a garage in 1919. 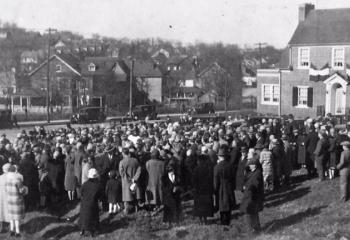 Parishioners attend the groundbreaking of the rectory in 1928. 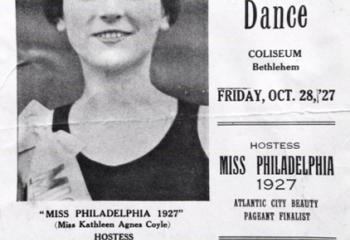