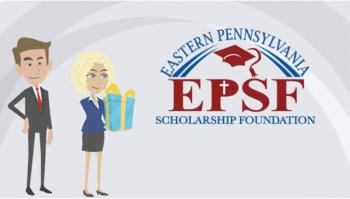 Recognizing the Diocese of Allentown’s high level of service to donors who want to divert their state tax dollars to support Catholic education, the Diocese of Harrisburg will be using the Eastern Pennsylvania Scholarship Foundation to process applications for its education tax credit program.

Under the program, eligible donors can receive a 90% state tax credit, and designate that money to the Catholic school of their choice.

“This is a way to ensure that your state tax dollars make a positive impact in your own community,” said John Fierro, who manages the tax credit program for the Allentown Diocese.

The Harrisburg Diocese had been processing applications through another vendor, but switched to the Diocese of Allentown’s scholarship foundation to improve service to its donors. Harrisburg donors still designate to Catholic schools in their own diocese.

The arrangement also generates a modest income stream for the foundation because of a small processing fee for Harrisburg applications. Diocese of Allentown participants in the program pay no processing fee.

Under state rules, donors must meet certain eligibility requirements to take advantage of the program. The requirements, along with more information on the program, can be found here or call Fierro at 610-866-0581 ext. 2344.

The deadline to participate in this year’s round of tax-credit scholarships is Friday, Feb. 28.