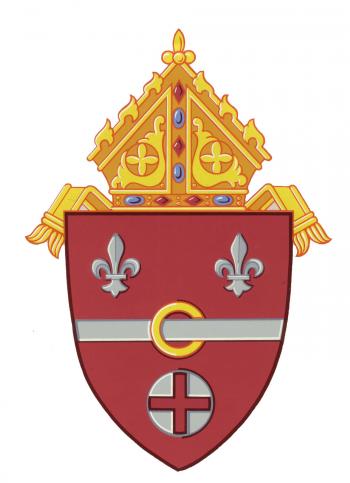 The Diocese of Allentown has been selling unused properties to raise funds to compensate victims of clergy sexual abuse. The Independent Reconciliation and Compensation Program is providing compensation to victims as one aspect of their healing. The Diocese has designated millions of dollars for this program, and is raising the money by using available cash, by borrowing, and by selling property which consists mostly of vacant land. No parish or school assets are being used.

An article posted today by The Morning Call in Allentown may raise some questions in the minds of parishioners about the effort to raise funds for this program. We are providing additional information to help answer those questions.

Does the Diocese of Allentown have $300 million in Lehigh Valley real estate?

No. To reach that conclusion, The Morning Call included the value of individual parish properties, and the value of Central Catholic and Bethlehem Catholic high schools, as well as the value of other property not owned by the Diocese. On the paper’s list of 25 “Highest-value Allentown Diocese parcels,” only one of them, vacant land on Krocks road in Lower Macungie Township, is actually owned by the Diocese. It is for sale and the proceeds will be used to fund the victims’ program.

There are many properties across the Diocese currently being used as parishes, schools and other ministries. They are not owned by the Diocese. They are in use, day-in and day-out, to provide important ministries to hundreds of thousands of people in five counties, and they should not be considered as available to be sold to raise money for any purpose.

Did the Diocese of Allentown deliberately create a complex system of property ownership to hide assets?

No. It’s certainly true that if you research property ownership records throughout the Diocese, you will see property titles in many different names, including parishes, parish pastors, some former Bishops, Bishop Schlert (in trust for parishes) and even some former officials of the Archdiocese of Philadelphia, from which the Diocese of Allentown was created in 1961. But that is simply a leftover of the way properties have been titled over the years, dating back decades to the Diocese’s formation.

Why was the Bishop’s house transferred to a pension fund?

The Diocese has two pension funds, one for priests, and one for lay employees. Both are significantly underfunded. The transfer of the Bishop’s house into the priest pension fund, and the transfer of an office building on Martin Luther King Jr. Drive into the employee pension fund, were part of a series of steps the Diocese has taken since 2011 to shore up these funds. The transfers helped the pension plans in two ways, by adding the value of the building to the plan’s assets, and by creating monthly income as the Diocese pays rent to the pension plans to use the buildings.

Bishop Schlert was aware at the time that these property transfers were public records, and would eventually be scrutinized, but went through with them anyway because he is determined to ensure the long-term viability of these pension funds.

Did the Diocese move other properties into trusts to make them potentially off-limits to creditors?

No. Besides the two properties transferred to shore up the pension plans, the article cites three other transactions. Two were property purchases made by St. Thomas More parish in Allentown, which the parish chose to hold in a trust. The Diocese was not involved in those purchases. The third transaction cited was the purchase, by St. Catharine of Siena parish in Exeter Township, of vacant land owned by the Diocese. The parish bought the land for parish purposes, and paid the Diocese $941,094. That money will be used to fund compensation for victims.

What properties have been sold to fund the program?

The article posted online by The Morning Call can be read by clicking here.