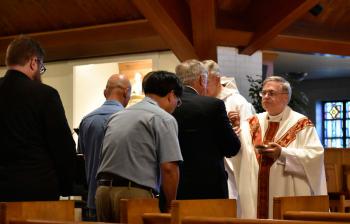 Bishop Alfred Schlert celebrated Mass with the Allentown Area of the Order of Malta June 24 at Assumption BVM, Bethlehem for the feast of St. John the Baptist, the patron saint of the order.

The Order of Malta is the oldest lay religious order of the Catholic Church and seeks to glorify God by promoting the sanctification of each member through his or her work with the sick and poor, and his or her defense of the Catholic faith.

The other two associations are based in Washington, D.C. and San Francisco, California. In service to the sick and poor, there are over 3,300 members of the order nationwide. The international headquarters for the order is in Rome.
Deacon Trexler is the executive director of the American Association in New York City.

There are four Knights of Malta in the Allentown Diocese, with a fifth knight, Dr. Minh Nguyen, to be invested in November. Additionally, there are two applicants for membership in 2020.

In addition to the knights and dames, there is an auxiliary that assists in the corporal and spiritual works of the order within the Diocese. There is no cost to be a member of the auxiliary. Dr. Arnold Traupman serves as the first area chair of the Allentown Area.

Members of the Order of Malta must be practicing Roman Catholics in good standing who faithfully provide service to the Church and lead an exemplary Catholic life; wish to join a community of like-minded Catholics who desire a deeper spiritual understanding of their Catholic faith; and are willing to make a lifelong commitment to formally dedicate themselves to the motto of the order, “Obsequium pauperum et tuition fidei” (“Service to the poor and witness to and defense of the faith”).

Members must also be willing to engage in hands-on work to support the mission of the order by volunteering time and providing financial support; and be willing to publicly declare their support for the protection of human life from conception to natural death.
For more information, click here. 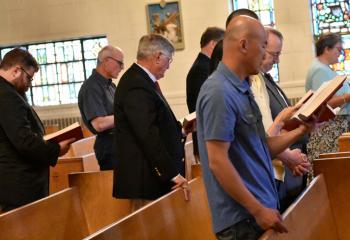 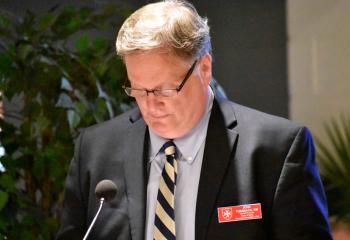 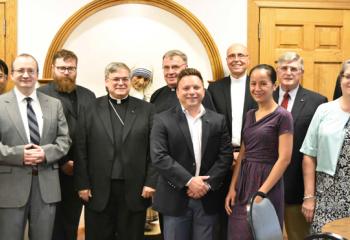