Bishop Alfred Schlert has issued a statement on immigration 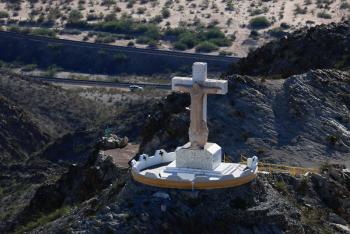 Reasonable people may disagree over the best ways to control illegal immigration to the United States.

It is hard to disagree, however, with the growing chorus of voices from both sides of the political aisle, and from religious leaders of many faiths, that we should not be solving this problem by taking children from their parents at the border.

United States immigration officials are separating children from their families under a policy in which all cases of illegal entry are referred for criminal prosecution. Children are not allowed to accompany their parents to jail, so they are separated and held in detention facilities.

The nation’s Catholic Bishops have condemned using the separation of families as a way to deter illegal immigration. Bishops from around the country have called this practice immoral, cruel, unjust, ineffective and contrary to human decency. The forcible separation of children from their families is in direct violation of Catholic beliefs and values.

This is not a debate about whether our borders should be secure. They should be, and my brother Bishops and I believe that our government’s leaders should take all reasonable steps to keep them that way.

Rather, I would submit that this is a debate about human dignity, about doing the right thing for innocent children, about the sanctity of the family, and about the integrity of the moral compass of our country and its people.

Remember that ours is a nation of immigrants. Few among us would be here if our parents or grandparents or great-grandparents were not afforded the chance to come to this land of opportunity in search of a better life, or to escape persecution.

The Catholic Church, too, is built on a foundation of immigration. We have a long history of embracing immigrants, migrants, refugees and others in need, and proving them with pastoral care and a sense of community and belonging. Our Church has responded to Christ’s call to “welcome the stranger among us.”  We are taught to treat the newcomer as we would treat Jesus Christ himself, were He to arrive at our nation’s border in search of a better life.

The news reports from our Southwestern border are heartbreaking. Imagine how these children must feel, not knowing when or if they will see their parents again. I pray that our nation’s leaders will find a way to care for our national interest on illegal immigration while also treating all people with the compassion and respect they deserve as human beings.

Meanwhile, as we work to find a just and humane solution to the separation crisis, we also must continue to seek effective resolution of other pressing immigration issues: the granting of political asylum for those fleeing domestic and gang-related violence; the search for a pathway to citizenship for young immigrants, called Dreamers; the tragedy of eliminating Temporary Protected Status for immigrants from certain countries, many of whom have been here for years and are productive members of our society; and the plight of Christians fleeing persecution in the Middle East.

Please join me in praying for successful resolutions, and in praying that all of us, regardless of political affiliation, can open our hearts and participate in meaningful and civil public discourse on these issues.